Starting with 8.0 (API level 26), notification badges (also known as notification dots) appear on a launcher icon when the associated app has an active notification. Users can long-press on the app icon to reveal the notifications. As shown in image below: 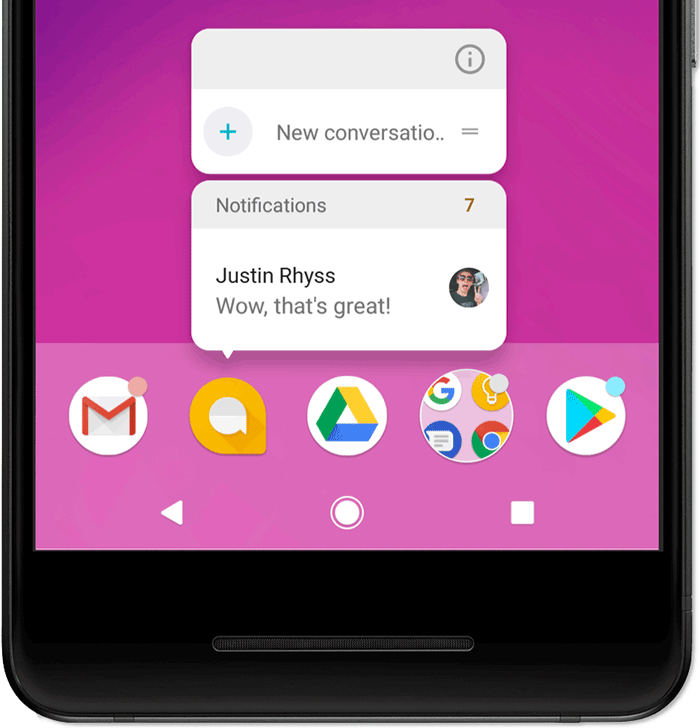 These dots appear by default in launcher apps that support them and there's nothing your app needs to do. However, there might be situations in which you don't want the to notification dot to appear or you want to control exactly which notifications to appear there.

There are cases where badges don't make sense for your notifications, so you can disable them on a per-channel basis by calling SetShowBadge(false) on your AN_NotificationChannel object.

For example, you might want to disable notification badges in the following situations:

The following sample code illustrates how to hide badges for a notification channel:

By default, each notification increments a number displayed on the long- press menu (visible in figure 1), but you can override this number for your app. For example, this might be useful if you're using just one notification to represent multiple new messages but you want the count here to represent the number of total new messages.

To set a custom number, call setNumber() on the notification, as shown here:

The long-press menu displays the large or small icon associated with a notification if available.

By default, the system displays a large icon, but you can call AN_NotificationCompat.Builder.setBadgeIconType() and pass in the BADGE_ICON_SMALL constant to display the small icon.