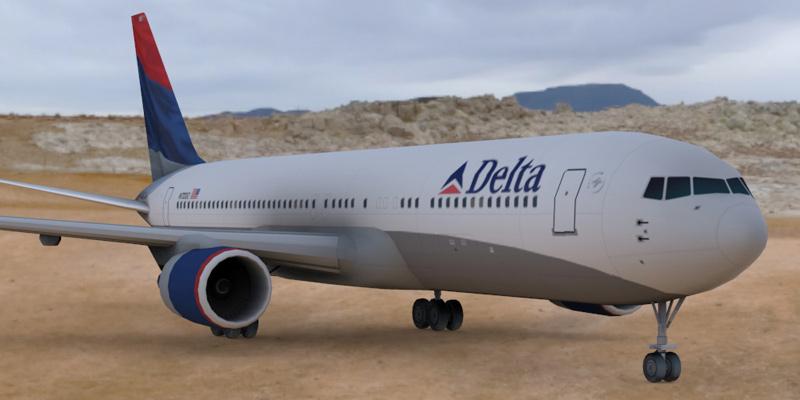 The Boeing 767, a widebody jet, was introduced at around the same time as the 757, its narrowbody sister. The 767 has a seat-to-aisle ratio in economy class of 3.5 seats per aisle, making for quicker food service and quicker exit of the plane than many other jetliners, which typically have between four and six seats per aisle in economy class. The flight decks of the Boeing 757 and 767 are very similar and as a result - after a short conversion course - pilots rated in the 757 are also qualified to fly the 767 and vice versa.

This digital model is based on the 767-300 aircraft with a "Delta Airlines" texture.

Product Features:
- Approx 3,078 polygons.
- Low-polygon and game-ready model.
- The model is UV mapped and textures (in jpg format) are included, at 512x512 pixels.

This model is fully licensed for use in games and apps.

Original model made by Digimation ModelBank; uploaded and sold here with permission.