Before iOS 9 — the mechanism to open apps which were installed was to open Safari, try to open a deeplink and use a timer fallback to the App Store.

On iOS 9 Apple announced “Universal Links” where instead of opening Safari first, the iOS checks if the Universal Link is registered in the domain associated with the link, then checks if the corresponding app is installed. The app is opened if installed, and if not, Safari will load an http(s) link. This functionality allows one link for both website and app.
The idea behind Universal Links is to use the same link for both your app and website while seamlessly being redirected to your installed app without going through the Safari browser. In order to support Universal Links, you need to setup both your app and your website so that iOS can establish a trust between them.

Deeplinking – How it Works:

When the app is installed or updated, iOS will check which websites are acceptable by this app as Universal Links. Then it will check each of these websites to verify whether the app is registered there. This is done by placing a file with the app IDs on the website and a list of domains in the app.

Here’s an example of the apple-app-site-association file:

The “apps” key in the apple-app-site-association file must be present and its value must be an empty array.

The value of the “appID” key is the team ID and the bundle ID joined with a period. The team ID appears on Organization Profile > Account Summary on Apple’s Developer Portal. When you enter the Member Center on http://developer.apple.com, click your name on the top right and select “View Account”: 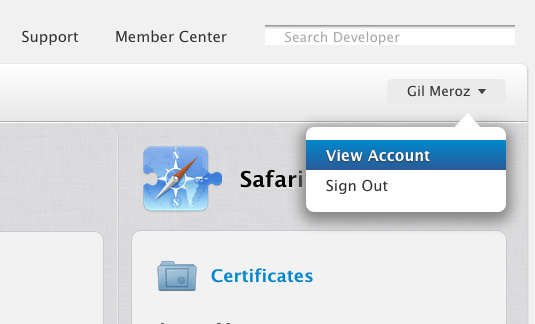 The Team ID appears on the Developer Account Summary section: 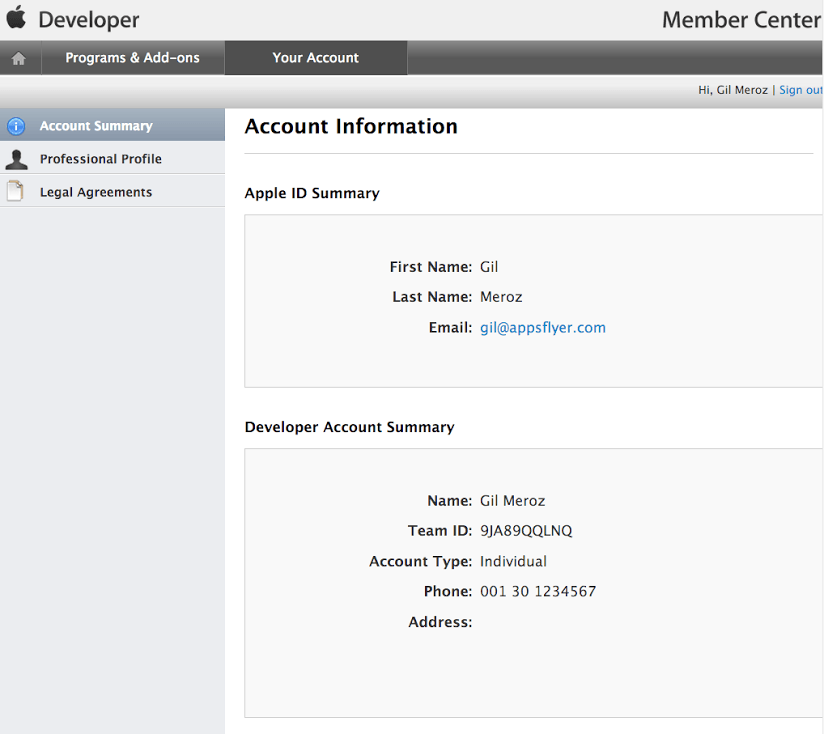 Creating provisioning profile
1. Assuming your app has been already registered on Apple’s Developer Center, you will need to enable “Associated Domains” on your app’s Identifier. Go to Identifier->App IDs, select your app and enable “Associate Domains”: 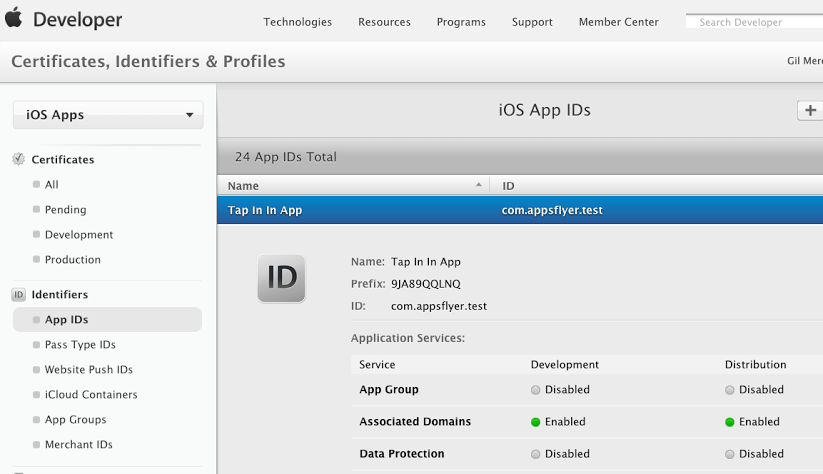 2. Next, you need to generate your provisioning files for your app, download them and double click to install them on Xcode.

3. Go to Xcode and select your app target. On the Capabilities section enable “Associate Domains” and add each of the domains supported by your app.

You have to prefix each domain with “applinks:” (for example: applinks:domain.com) and also add any sub domain that you want to use with Universal Links.

Handling when app is opened by Universal Link

To be able to subscribe for a native IOS App events you need to enable App Events API.

Since IOS APP controllers (App Delegate) are started before Unity player, you need to check if an app was launched by a Universal Link. See the code snippet below:

To handle app restored from a background with Universal Link you need to subscribe to  OnContinueUserActivity action.

The Universal Link is represented as SA.IOSNative.Core.AppController.LaunchUniversalLink model.

This Article was adapted for IOS Native users.Original Article by Gil Meroz can be found here.