Unity 5 introduces a new type of built-in shader called the Standard Shader. This shader is designed to replace a large number of the old shaders used in previous versions of Unity - most significantly it replaces all the shaders that were used to render “real-world” objects such as stone, wood, glass, plastic, metal, etc.

When you are importing new atlas to your project, Texture Packer extension will automatically create material with the imported atlas texture and Transparent/Diffuse shader. 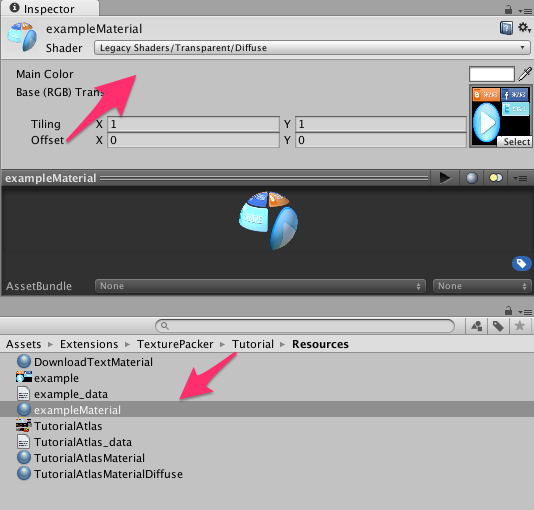 If you want all your meshes with the atlased texture to use the Standard Shader. instead of Transparent/Diffuse shader, the easyest way is simply changed shader of that default material. This material si attached to the mesh automatically when you switch atlas with the TPHelper, or adding TPMeshComponent.

The alternative is to clone default material and changed shader on the cloned material. See the screenshot bellow: 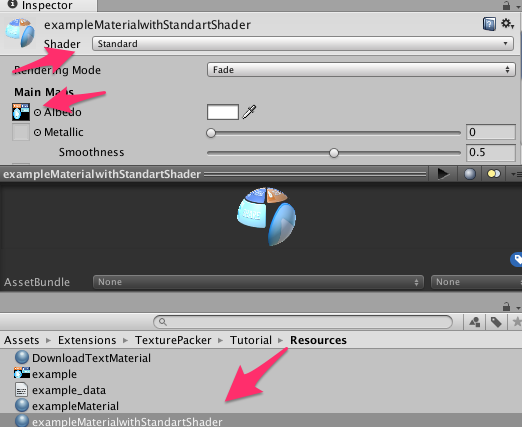 Now, when you attaching TPMeshTexture to the object, you need to switch of the Replace Material option with the TPHelper editor. and assign cloned material to your mesh, as shown on the screenshot bellow.