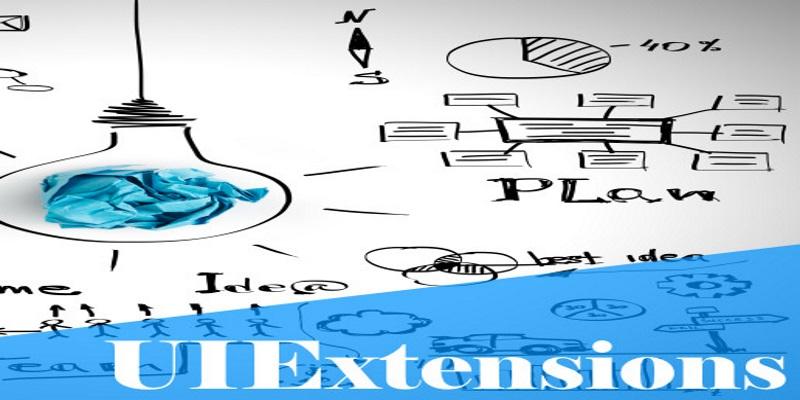 In this project is a collection of extension scripts / effects and controls to enhance your Unity UI experience. These scripts have been gathered from many sources and combined and improved over time.
New controls and effects are added constantly in source and packaged on a release cycle for an easier install.

The majority of the scripts came from the Scripts thread on the [Unity UI forum here](https://bit.ly/UnityUIScriptsForumPost)

It has been a while since the last update and although Unity keeps changing, thankfully the parts underneath do not. Thanks to some awesome work by our contributors and the test teams, we made a run on some underlying bugs and issues. If you spot anything else, please log it on the BitBucket site for resolution.

Be sure to logon to the new Gitter Chat site for the UI Extensions project, if you have any questions, queries or suggestions

Nothing new this time, bugfix release.

As of Unity 2019, there are now two paths for getting access to the Unity UI Extensions project:

Alternatively, you can also use the pre-compiled Unity packages if you wish, however, UPM offers full versioning support to allow you to switch versions as you wish.

Due to the restructure of the package to meet Unity's new package guidelines, we recommend Deleting the current Unity UI Extensions folder prior to importing the new package.

For Unity 2019 users using the new UPM deployment, be sure to delete the existing folder in your assets folder before adding the new package to avoid conflict.